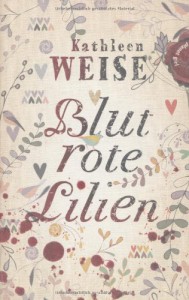 This was officially the most ridiculous book I read so far. In the beginning I thought it could be trashy fun, but the further I got into it, the more obvious it became it was just trash. It is a fast read though, so I made it to the end! This review will contain spoilers, sorry, but some books don't deserve being treated with that kind of respect.

The story:
A couple of years into the future an ALIEN vampire race took over the earth. A doctor saved a bunch of newborns and raised the boys as fighters and the girls as little housewives. „Fighting“ in this case means to have sex with the vampires because... forget about wooden stakes or silver bullets, SEX is the way to turn a vampire into a pile of ashes. (I could kind of buy the story that this is the way to kill female vampire (giving biology and the direction of „things“) but it works the other way too. Which brings us to our heroine. Not wanting to become a cook, cleaner and child bearer, she „fights“ with the male slayers and picks up vampire guys turning them to ashes... by having sex with them.

Once a year there is a masquerade during which the males pick women to „rape them all night and leave them pregnant“. The slayers try everything to blend in with the vampires. For whatever reason our heroine is there as well and the plan is to hole up in a room with her best (male) friend. BUT as it would be totally suspicious if she can't drink as much alcohol as the real vampires, she has to accept every drink offered, so soon she is totally drunk, her friend is occupied and she finds herself in a room with... ohmegooood... the vampire king, who turns into a helpless, gooey-eyed puppy instantly after meeting (and making out with) her. And no, he will stay in that state. Sure, all vampires are mean rapers but their king is a cute lil softie...
But you see the „Romeo and Juliet-ian“ drama approaching? Not only are our lovers sworn enemies... oh dear, he will turn to dust as soon as they have sex... that drama!!

This actually might sound promising, big bad vampire king and a feisty little fighter, enemies but drawn to one another. Star-crossed lovers... But apart from their making out moments which are actually quite sexy (in the beginning) there is zero chemistry. She bitches around (he sent her flowers, how could he??) all the time and he... he is just the most boring vampire (king) I ever came across! Even sparkly Edward was a baddass compared to him!

The other characters stay colourless... and there are a few that could have been really interesting, like the doctor or a female friend of the heroine.

Some of these bad bits I can laugh about in retrospect but... the heroine gets raped and nearly strangled (repeatedly). After a week of coma she wakes up, heads to the vampire king and (??) gives him a blow job? I was sitting there actually feeling sorry for her ordeal but she didn't seem half as traumatized as I was as a reader!

There were a few moments in which the 1st-person-narrator tells the reader something and a few days later in the narrative claims she didn't think of this fact since her childhood. This just feels clumsy and wrong. Also there is a shocking amount of wrong („you're Majesty“ instead of „Your Majesty“ for example) or missing words. The thoughts of the heroins are painfully redundant.

Bottom line: Shitty writing, shitty characters and a storyline that turned from so bad it could be fun to... just bad.

I read this as an eBook, so at least no trees had to die for it. In short:
Colin, the hero of this book dated only girls named Katherine, and all break up with him, freshly dumbed by number 19 in the row, he is devestated and goes on a road trip with his best friend. They find jobs in one small town and stay. Colin meets Lindsey (no Katherine!) and starts his work on a theorem about relationships, dumbers and dumpees.
As usual I loved John Green's writing style, he really stands out in the Young Adult genre with far too many mediocre or badly written books.
I also really enjoyed the math references and above all the annotations, really funny and clever. This taught me to never skip over annotations again!
The story itself was ok, but I was never hooked, the characters were likeable but forgettable.
This is a quick and fun read, quite different from the other John Green books I read so far, but again clearly worth picking up!